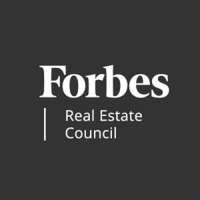 “If you build it, they will come” is often shared as a quote from the 1989 movie Field of Dreams. This quote has been used and misquoted for years — the line is really spoken, “If you build it, he will come.” The concept is simple: Think happy, positive thoughts, because if you believe in something strong enough, it will attract positive reactions.

Ironically, the idea that “If you built it, he will come” can also describe what is a growing problem in the real estate industry. The public sees successful real estate agents showing up in nice cars with the keys to million-dollar houses. They hold open these elaborate homes to the public and to criminals. Agents will meet interested buyers at a vacant house, in person, at 8:00 at night with no one around. Real estate agents are more accessible to the public than most financial wealth individuals, which I believe is why you often hear of crimes of opportunity being perpetrated against real estate agents.

On Christmas 2010 in San Antonio, Texas, real estate agent Janice Tisdale barely escaped with her life after a prospective buyer hit her over the head with a tire thumper. Emilio Maldonado told her that he did it because he was in need of $4,000. From the start of the showing, Tindale said, her instincts were telling her something was wrong.

In April 2011, an Iowa real estate agent was shot twice and killed while working inside a West Des Moines open house model townhome. Over the next several years hundreds of leads were followed up on, and still no one has been charged with the murder.

This article is not meant to scare you or keep you from selling real estate. It is meant to open your eyes to our ever-changing environment and the increase in crimes of opportunity. Real estate agents tend to be naturally open communicators — they talk about spouses, children, grandkids, prior high-priced sales and career stats. Imagine if you were someone in desperate need of money and you heard of an agent who sold 50 homes for $10 million last year. Some people in this position might immediately think that that agent is much more accessible than robbing an executive or a bank — in fact, all they need to do is make an appointment, and the agent will come to them.

Now that you may be thinking about quitting real estate, let me tell you that there are ways that you can intentionally prepare for some of the worst situations imaginable.

First, did you notice a theme to each one of these stories? Every one of the above-mentioned victims was alone. In Janice Tisdale’s story, she had already shown her assailant several houses prior to this showing, so it was not even their first meeting. I strongly encourage that you never show a house, do an open house or preview a house alone. Always have another person with you. Criminals are less likely to act impulsively if there is more than one person.

If you can not have another person with you, consider what products could be helpful, such as a 911 pendant that enables an instant connection to emergency services operators. Also, there are personal safety apps like BSafe, which can be downloaded to your phone and have recording capabilities, an SOS button and voice activation.

Secondly, real estate agents must prepare to protect themselves. Are you prepared to defend yourself if you must? The No. 1 action you should take when endangered is flight, but if you can not get away, then fight. According to the National Association of Realtors, some of the most commonly carried self-defense weapons by real estate agents are pepper spray, pocket knives, noisemakers and firearms. Please check with your state and county laws to confirm what is legal or not in your area. You can research safety devices and educate yourself about how to use them properly.

Finally, take a self-defense class. I am a pretty big guy and can hold my own, but learning how to use people’s momentum against them, pressure points, pain spots with only two pounds of pressure needed — now that is all about the smart defense instead of the overpower defense. After taking a reputable self-defense training, my wife, who is much smaller and weighs a lot less than me, can take me down in a New York Minute. Look up classes near you, and equip yourself with a fighting chance.

Most importantly, pay attention to details, listen to your gut and intentionally prepare yourself for safety.