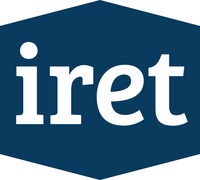 MINNEAPOLIS,IRET (NYSE: IRET) today announced it has closed on its inaugural private placement, a $150 million Note Purchase and Private Shelf Agreement with Prudential Global Investment Management.  IRET funded $75 million dollars of ten-year senior notes (the “Series A Notes”) guaranteed by IRET Properties, a North Dakota limited partnership, and certain other subsidiaries (the “Operating Partnership”). The Series A Notes are unsecured, will pay a fixed interest rate of 3.84% annually, and are due on September 13, 2029.

Proceeds from this private placement facility will be used to repay outstanding amounts on IRET’s credit facility and retire mortgage debt. Following the funding of the Series B Notes, the Company will have eliminated all of its 2019 maturities and lengthened its average debt maturity duration to 6.0 years from 4.2 years while lowering the weighted average interest rate of its debt from 4.2% at June 30, 2019 to a projected number below 4.0% at September 30, 2019. In addition, the Company’s debt has gone from 100% secured at year-end 2016 to a projected 51% unsecured at September 30, 2019.

“This transaction caps a three-year effort to have our business and balance sheet recognized as worthy of long-term unsecured bonds with investment grade pricing.  This tool adds valuable operational flexibility.  It’s a milestone for IRET, and we’re very grateful for the collaboration with Prudential that makes this possible,” said Mark O. Decker, Jr., IRET’s President and CEO.

About IRETIRET is a real estate company focused on the ownership, management, acquisition, redevelopment, and development of apartment communities. As of June 30, 2019, we owned interests in 88 apartment communities consisting of 13,975 apartment homes. IRET’s common shares and Series C preferred shares are publicly traded on the New York Stock Exchange (NYSE symbols: “IRET” and “IRET PRC,” respectively). IRET’s press releases and supplemental information are available on its website at www.iretapartments.com or by calling Investor Relations at 701-837-7104.