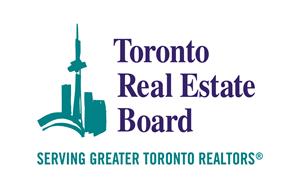 “Housing affordability is one of the most important issues facing Canadians.  We are glad that the federal political parties are acknowledging this with their respective plans. Two key issues that TREB believes have negatively impacted affordability are the federal mortgage stress test and mortgage amortization periods. TREB has been strongly calling for changes to the federally imposed mortgage stress test, since it was imposed, and for a 30-year amortization period for insured mortgages to be re-introduced, to give home buyers more flexibility and assist with affordability,” said Michael Collins, TREB President.

The mortgage stress test, implemented by the Office of the Superintendent of Financial Institutions in January 2018, requires home buyers to qualify at the greater of the contractual mortgage rate plus two percentage points or the five-year benchmark rate published by the Bank of Canada.  With regard to mortgage amortizations, the maximum allowed for federally insured mortgages is currently 25 years.

“We are also encouraged by the Conservative Party’s proposal to make surplus federal real estate available for development to increase the supply of housing. It is critically important that governments address the housing affordability issue from both a demand and a supply perspective,” said John DiMichele, TREB Chief Executive Officer.

In recent years, TREB has consistently called on all levels of government to facilitate the addition of more housing supply into the market to help address demand and thereby improve affordability.

“TREB also welcomes the Conservative Party’s announcement to review money laundering issues. TREB Members, and all real estate registrants across the country, must comply with federal detection, prevention and deterrence of money laundering, and are regularly audited by the Financial Transactions and Reports Analysis Centre of Canada (FINTRAC) which is tasked with enforcement.  We look forward to working with the federal government to continue our cooperative efforts on reducing money laundering,” added DiMichele.

TREB has been working with the Canadian Real Estate Association and real estate boards across the country to address these and other important housing issues that impact affordability. The above noted policy proposals from the Liberal and Conservative parties address important issues.

However, TREB has also been strongly calling on all levels of government to address the lack of housing supply in the Greater Toronto Area and, indeed, other metropolitan areas across the country.  The Conservative Party’s proposal to make surplus federal lands available for development is one possible solution.  TREB will be interested to see where the other federal parties stand on the housing supply issue and how they would work with other levels of government to remove housing supply constraints.