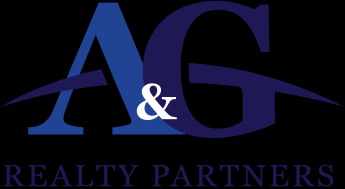 MELVILLE, N.Y.— A&G Realty Partners closed on the sales of two major industrial and educational properties during the fourth quarter of 2018—the latest in a string of sales conducted on behalf of bankruptcy trustees by the real estate brokerage and advisory firm.

“Both of these sales—one in Indianapolis, the other in Baltimore—received robust interest from a number of parties,” noted Andy Graiser, Co-President of A&G. “Our multichannel marketing efforts put these assets on the radar screens of local, regional and national prospects alike. Trustees were quite pleased with the results.”

In Baltimore’s Brooklyn neighborhood, A&G sold a 33-acre, four-parcel industrial property—most of which was an income-producing industrial yard with more than 120 tenants—for approximately $4.5 million. The buyer of the parcels at 601 W. Patapsco Ave. was Copart of Connecticut, the global leader of online auction services for cars, motorcycles and other vehicles. The facility formerly operated as West Patapsco Industrial Park, Inc. (“WPIP”).

In Marion County, Indiana, A&G sold a 58,692-square-foot building—formerly an ITT Tech school owned and operated by now-bankrupt ITT Educational Services—to Mercy Road Church. The buyer reportedly will use the first floor as a church and has leased the second floor to a co-working space for nonprofits and faith-based businesses. The purchase price was $1.8 million.

A&G’s marketing efforts for the Baltimore property triggered Copart of Connecticut, a tenant on an adjoining property, to submit the winning bid, noted Mike Matlat, a Senior Managing Director at A&G who spearheaded the effort. “It shows how a sale process like this can spur buyers to come to the table,” he said. “In this case, Copart, which leased the adjacent site from another property owner, really wanted to remain and expand its local operation across the entire 57 acres. After we began shopping these assets and fielding general inquiries, Copart came forward with a solid bid for our 33-acre parcel and then acquired the site they were leasing. They didn’t want to lose the opportunity.”

“The sale price of $4.5 million was an excellent result,” said Chapter 11 Trustee Charles Goldstein of 3Cubed Advisory Services. “The estate greatly benefited from the process run by A&G. The marketing effort was extensive and found sufficient by the Bankruptcy Court.”

For its part, the Indianapolis sale marked the completion of A&G’s national disposition of 31 properties—for a total of $88million—formerly owned by ITT Educational Services.

The $1.8 million sale price for the property at 9511 Angola Court was noteworthy in part because of the challenges associated with selling highly specialized educational assets, Matlat noted. “In the end, the sale process for the entirety of ITT’s former assets exceeded expectations,” he said.

A&G frequently works with bankruptcy trustees on sale processes for owned and leased properties spanning across a variety of asset classes and industries. The Melville, N.Y.-based firm was founded in 2012 by Graiser and Co-President Emilio Amendola.