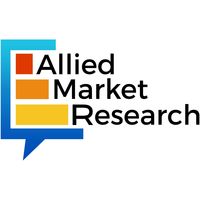 NOT FOR DISTRIBUTION TO U.S. NEWSWIRE SERVICES OR FOR DISSEMINATION IN THE UNITED STATES OF AMERICA

TORONTO, — Allied Properties Real Estate Investment Trust (TSX:AP.UN) announced today that it has entered into an agreement with a syndicate of underwriters led by Scotiabank, RBC Capital Markets and Goldman Sachs Canada Inc., as joint bookrunners, to issue to the public, on a bought-deal basis, 6,240,000 units from treasury at a price of $48.15 per unit for gross proceeds of approximately $300 million. Allied has granted the underwriters an option (the “Over-Allotment Option”) to purchase up to an additional 936,000 units on the same terms and conditions, exercisable at any time, in whole or in part, for a period of 30 days following the closing of the offering. The issue will be offered in all provinces of Canada. Closing of the offering is expected to occur on or about June 19, 2019, and is subject to regulatory approvals.

Allied makes this offering pursuant to its base shelf prospectus dated November 27, 2018. The terms of the offering will be described in a prospectus supplement to be filed with Canadian securities regulators.

Allied will use the net proceeds of the offering (i) to fund the equity component of the acquisition of 700 de la Gauchetière Street West in Montréal (“700 DLG”), which is scheduled to close on July 17, 2019, (ii) to fund the acquisition of the RCA Building, 1001 Lenoir Street, in Montréal (“RCA Building”), which is also scheduled to close on July 17, 2019, (iii) to repay amounts drawn on its unsecured line of credit to fund acquisitions in Toronto, Kitchener, Calgary and Vancouver that closed earlier in 2019, and (iv) for general trust purposes.

Montréal has emerged as a premier urban environment in Canada for knowledge-based organizations. This derives in large part from the number and quality of the institutions of higher learning in the city. The scale and quality of the built-legacy in Montréal has also contributed to its remarkable emergence in the past decade.

Allied has entered into an agreement to acquire 700 DLG for $322.5 million, subject to regulatory approval but not subject to due-diligence, which Allied has completed to its satisfaction. Comprising over half a city block bounded by de la Gauchetière West on the north, 600 de la Gauchetière Street West on the east (currently the head office of National Bank of Canada), Viger Avenue West on the south and Robert-Bourassa Boulevard on the west, 700 DLG is well located in the southern portion of Montréal’s Downtown Core. It is close to Allied’s 425 Viger Avenue West, a property that is currently being expanded and retrofitted to provide distinctive urban workspace to knowledge-based organizations, 50% of which is pre-leased to a global knowledge-based organization and the balance of which is expected to be pre-leased shortly.

Completed in 1983 for Bell Canada, 700 DLG is comprised of 935,866 square feet of GLA and 693 underground parking spaces and is 96% leased to high-calibre workspace users. Like many of the properties Allied has upgraded in Montréal and elsewhere, 700 DLG has large floor plates (34,000 square feet of GLA), excellent floor-to-ceiling height (14 feet) and favourable column spacing, all of which favours the open planning required for contemporary urban workspace. The possibility exists to create additional workspace and urban-data-centre space by transforming portions of the existing structure above and below grade.

Through a user-led transformation, a small portion of the workspace in 700 DLG has recently been improved in a manner consistent with the distinctive urban workspace environments that Allied develops, owns and operates in major Canadian cities. In fact, this workspace is strikingly similar to workspace occupied by Ubisoft, Framestore and Sun Life Financial at Allied’s 5445 and 5455 de Gaspé. Allied intends (i) to work with existing and future users to continue this workspace transformation over time and (ii) to transform the extensive public and common areas at 700 DLG, all with a view to creating a comprehensively distinctive urban workspace environment for knowledge-based organizations. In effect, Allied intends to complete on a vertical plane the kind of building transformation it has completed so often on a more horizontal plane. In doing so, Allied expects to augment its ability to serve knowledge-based organizations, as well as adding meaningful value to 700 DLG over a three- to five-year timeframe.

Allied’s business is providing knowledge-based organizations with distinctive urban environments for creativity and connectivity. Initially, Allied achieved this through the Class I format and continues to do so on a large scale. More recently, Allied achieved this through hybrid structures like QRC West and King Portland Centre, where heritage buildings were integrated with new structures in a way that resonated meaningfully with knowledge-based organizations. Going forward, Allied can also achieve this through the transformation of the traditional office-tower format, which is beginning to evolve in a way that brings it closer to the Class I format, especially in terms of amenities and the provision of open and creative workspace. 700 DLG is a good example of a traditional office tower in the early stages of transformation, and Allied intends to use the expertise it has developed to accelerate and complete the transformation.

“Our business is defined not so much by the specific workspace format we own, operate and develop, but rather by the workspace users we serve on an ongoing basis,” said Michael Emory, President & CEO. “If any particular format enables us to serve knowledge-based organizations better and more profitably, we’ll seriously consider it and, in the right circumstances, do it.”

On closing, 700 DLG will be subject to a first mortgage in the principal amount of $148 million, bearing interest at 4.2% per year, having a term expiring on October 1, 2022, and payable in blended instalments of principal and interest based on a 25-year amortization. Allied will fund the balance of the purchase price with a portion of the net proceeds of this offering.

Allied has entered into an agreement to acquire the RCA Building for $80 million, having completed due-diligence to its satisfaction. Located on the north side of Saint-Antoine Street West, between Lenoir Street and Lacasse Street, the RCA Building is part of Saint-Henri, an emerging mixed-use neighbourhood west of Griffintown and south of Westmount. It is very close to El-Pro Lofts, which Allied acquired late last year. Well served by public transportation, Saint-Henri has an impressive inventory of older structures that can be adaptively re-used for distinctive urban workspace. Notre Dame Avenue connects Saint-Henri to Griffintown and to Old Montréal. It is evolving much the way King Street West did in Toronto from 1996 onward.

An excellent Class I structure with a long and rich history, the RCA Building is comprised of 220,535 square feet of land, 343,579 square feet of GLA over five storeys and a surface parking lot for 215 cars. Approximately 107,000 square feet of the land can be intensified in time. The building is 82% leased to a diverse group of knowledge-based organizations, many of which continue to expand within the building. Like El-Pro Lofts, the RCA Building is a distinctive urban environment for creativity and connectivity that Allied intends to upgrade systematically over time to better serve knowledge-based organizations.

On closing, the RCA Building will be free and clear of mortgage financing. Allied will fund the entire purchase price with a portion of the net proceeds of this offering.

Ongoing Commitment to Earnings Growth and the Balance Sheet

Allied expects its acquisitions in the first half of 2019 to be immediately and meaningfully accretive to its FFO and AFFO per unit and to become progressively more accretive with the passage of time. By using a substantial amount of equity to fund these acquisitions, Allied will once again demonstrate unwavering commitment to its balance sheet and key debt-metrics. After giving effect to the offering (excluding the overallotment option) and the acquisition of 700 DLG and the RCA Building, Allied expects that its total indebtedness ratio will be 28.3%, its net debt as a multiple of annualized adjusted EBITDA will be 6.6:1 and its interest coverage ratio will be 3.4:1. Allied also expects that its pool of unencumbered investment properties will reach $4.4 billion at that point in time.

Allied is a leading owner, manager and developer of (i) distinctive urban workspace in Canada’s major cities and (ii) network-dense urban data centres in Toronto that form Canada’s hub for global connectivity. Allied’s business is providing knowledge-based organizations with distinctive urban environments for creativity and connectivity.

FFO, AFFO and EBITDA are not financial measures defined by International Financial Reporting Standards (“IFRS”). Please see Allied’s MD&A for a description of these measures and their reconciliation to financial measures defined by IFRS, as presented in Allied’s unaudited condensed consolidated financial statements for the quarter ended March 31, 2019. These statements, together with accompanying notes and MD&A, have been filed with SEDAR, www.sedar.com, and are also available on Allied’s web-site, www.alliedreit.com.

This press release may contain forward-looking statements with respect to (i) Allied, (ii) its operations, strategy, financial performance and condition, (iii) its capital investments in 2019 and beyond, (iv) its expected FFO and AFFO per unit following closing of the offering and (v) its debt ratio, net debt as a multiple of annualized adjusted EBITDA and interest coverage ratio following the closing of the offering.  These statements generally can be identified by use of forward looking words such as “may”, “will”, “expect”, “estimate”, “anticipate”, “intends”, “believe” or “continue” or the negative thereof or similar variations.  The actual results and performance of Allied discussed herein could differ materially from those expressed or implied by such statements.  Such statements are qualified in their entirety by the inherent risks and uncertainties surrounding future expectations, including that the transactions contemplated herein are completed and have the expected impact on earnings. Important factors that could cause actual results to differ materially from expectations include, among other things, general economic and market factors, competition, changes in government regulations and the factors described under “Risk Factors” in Allied’s Annual Information Form, which is available at www.sedar.com. These cautionary statements qualify all forward-looking statements attributable to Allied and persons acting on Allied’s behalf.  Unless otherwise stated, all forward-looking statements speak only as of the date of this press release and the parties have no obligation to update such statements.