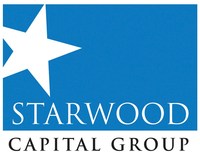 Starwood Capital has great respect for the executive management team and has engaged in a constructive dialogue with the Company. Starwood Capital believes that the Company can implement a number of modest strategic initiatives in order to unlock the substantial long term value for shareholders.

The Company operates numerous capital intensive businesses but has yet to leverage its balance sheet to fund these operations and currently holds cash well in excess of only limited levels of indebtedness.  Management has the opportunity to improve shareholder return on equity with a share buyback while still maintaining conservative leverage levels well below peers and preserving sufficient capital for important investments in the maintenance of railway operations and growth in the real estate portfolio.  With interest rates in Japan among the lowest in the world, it is prudent for the Company to utilize low cost borrowings to enhance return on equity for shareholders.  Starwood believes after a buyback the company would easily maintain its credit rating in its opinion.

Fir Tree, another major shareholder of the Company, has made certain proposals that will be voted on at the upcoming annual meeting, including implementing a 10% share buyback, making improvements to board governance, introducing a stock compensation plan and nominating three new independent directors with strong industry expertise in real estate and corporate finance.

The Fir Tree proposals align with the objectives of Japan’s Corporate Governance Code for improved corporate oversight and greater alignment of interests.  Starwood Capital intends to vote in favor of the Fir Tree proposals which it believes are in the best interest of shareholders, customers and employees.

About Starwood Capital GroupStarwood Capital Group is a private investment firm with a core focus on global real estate, energy infrastructure and oil & gas. The Firm and its affiliates maintain 13 offices in five countries around the world, and currently have approximately 4,000 employees. Since its inception in 1991, Starwood Capital Group has raised $45 billion of equity capital, and currently has in excess of $60 billion of assets under management. The Firm has invested in virtually every category of real estate on a global basis, opportunistically shifting asset classes, geographies and positions in the capital stack as it perceives risk/reward dynamics to be evolving. Over the past 27 years, Starwood Capital Group and its affiliates have successfully executed an investment strategy that involves building enterprises in both the private and public markets. Additional information can be found at starwoodcapital.com.

This press release should not be construed as soliciting any person to authorize Starwood Capital, Fir Tree or any third party to exercise voting rights on such person’s behalf with respect to the election of directors of JR Kyushu or any other matter to be presented to shareholders at JR Kyushu’s upcoming Annual General Meeting. This press release is not intended and should not be considered to solicit, encourage, induce or seek for fellow shareholders to authorize Starwood Capital, Fir Tree or any other third party as their proxy in exercising their voting rights on their behalf.