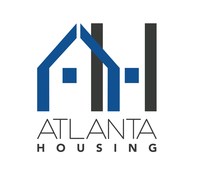 ATLANTA, — The Board of Commissioners of Atlanta Housing (AH) today voted unanimously to name Joy Fitzgerald Interim President and CEO. Fitzgerald previously filled this role at the organization from 2013 to 2016.

Before retiring in 2016, Fitzgerald spent close to four decades working in affordable housing. She was Senior Vice President of Real Estate Development for Atlanta Housing from February 2005 to August 2013 and served for 20 years at the Houston Housing Authority in various leadership roles, including General Counsel and, for nine years, President and CEO.   After relocating to Atlanta in 1999, Fitzgerald was the Director of the Office of Affordable Housing at the Georgia Department of Community Affairs, where she administered the state and federal Low Income Housing Tax Credit program.

“We are thankful Joy came out of retirement to help stabilize our organization at such a critical time,” says Dr. Christopher Edwards, Chairman of the Board of Commissioners. “Joy was brought in as a consultant in March to chair a transition committee. Her excellent management skills and passion for affordable housing have already made an impact,” Edwards continues.  “We know that we have a strong and capable leader in Joy Fitzgerald. We are grateful to have her back.”

Fitzgerald, who holds a Bachelor’s degree from the University of Pennsylvania and a Juris Doctorate from the Thurgood Marshall School of Law at Texas Southern University, was welcomed back by the Board and the AH staff with resounding applause. “My passion for affordable housing made it hard not to accept this opportunity,” says Fitzgerald, who will postpone her retirement to lead the agency while the Board continues its national search for a permanent President and CEO. “Our staff is also very important to me,” Fitzgerald asserts. “The work that they do here is important to the health and vitality of our city. I am honored to have their trust and the confidence of our Board.”

The Housing Authority of the City of Atlanta, Georgia (AH), is the largest housing authority in Georgia and one of the largest in the nation. AH provides and facilitates affordable housing resources for more than 24,000 low-income households comprised of approximately 50,000 people.