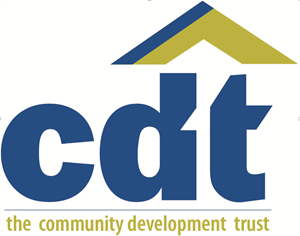 The Community Development Trust (“CDT”), which provides long-term debt and equity capital for the creation and preservation of affordable housing, today announced its completion of a record-setting two-year capital raise that supports CDT’s double-bottom-line objectives.

CDT successfully closed an $85.5 million redeemable preferred capital raise – its Series D – which represents the largest such effort in the company’s 21-year history. Together with its previously closed $33 million convertible preferred raise, CDT’s two-year strategy raised more than $118 million to expand the impact of its mission.

“Their decision to invest demonstrates a strong market demand for financial investments secured by community development assets,” Rovira said. “Our investors understand and appreciate the economic and social benefits of investing in our high-impact work.“

CDT’s Series D Redeemable Preferred Offering is its sixth capital raise and brings the firm’s total since inception to more than $300 million. During that time, CDT has paid more than $122 million in dividends to investors. The Series D capital raise is CDT’s second preferred offering within the past two years, following the 2017 closing of its $33 million Series C Convertible Preferred Offering.

“Our record-breaking capital raise reflects investor confidence in CDT and allows us to expand the impact of our mission,” said Joseph Reilly, CDT’s President and CEO. “We are eager to continue working with great partners – both new and existing – where we can put this capital to work expanding and improving the nation’s supply of high-quality affordable housing.”

Since closing its first common stock offering in 1999, CDT has invested more than $1.8 billion in debt and equity capital in properties in 44 states and regions – helping to preserve and create over 48,000 units of affordable housing that provide homes for more than 120,000 residents. CDT has also made substantial progress in building its charter school lending activities with nearly $41 million of new commitments and closings, which affect nearly 2,500 low-income students.

About CDT:
The Community Development Trust (“CDT”) is a national investor that provides long-term capital for the preservation and creation of affordable housing and charter school facilities. Working with local, regional and national partners, CDT makes long-term equity investments and originates and acquires long-term mortgages. In its 21 years, CDT has invested over $1.8 billion in debt and equity capital for properties in 44 states and regions – helping to preserve and create over 48,000 units of affordable housing that have provided homes for more than 120,000 residents. CDT is a private real estate investment trust (REIT) and a certified community development financial institution (CDFI).