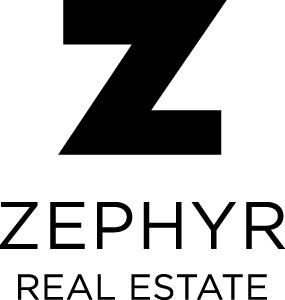 SAN FRANCISCO,– Thirty years ago, when Tim Gullicksen first learned of a need for sperm donors, it was for lesbian couples who wanted to have children. He saw an opportunity to help those who wanted families, and became a regular donor.

Initially, Tim had no expectations of meeting his offspring. He figured he’d have to wait for them to turn 18 and find him. In 2004, he learned of the Donor Sibling Registry and signed up, hoping to meet his kids. Most moms were reluctant to connect, having well established lives and families. But then one mom reached out with her nine-year old son. She called Tim and said, “Your son wants to meet you.” That young man had been curious about his dad, and had saved hand-crafted Father’s Day cards in a “daddy box” hoping to someday meet his father. When they finally met, Tim was presented with the box.

Once the news spread through the registry, other moms contacted him. In 2008, Tim went from having contact with zero kids to five in the space of a few months. He worried that he would be overwhelmed trying to create and maintain relationships with children who lived so far apart from him, and from one another, so he decided to invite them to an existing family get together at Bass Lake. “I made the commitment to each child that I would visit them where they lived at least once a year, and fly them out each summer for our annual get together.”

As the kids got older, Tim arranged excursions for his kids, visiting among other places: Iceland, Paris, London, Hawaii, Costa Rica and New York City. But the Bass Lake tradition continued, and this year will be the eleventh anniversary of their summer camp.

Seventeen children have connected thus far, and there are likely to be more. Interestingly, the motivation to connect developed as much as a search for siblings as for meeting their father, although the kids have all enjoyed getting to know their biological father.

Facing obstacles in the 80s and 90s, Tim had to work around the policy preventing gay men from donating. Having successfully passed all the health screenings, he proceeded with his goal by omitting that piece of information. Unlike those who donate for cash, his interest was in helping people have children who otherwise had few options.

He has since received tremendous support and acceptance, and found no resentment among his offspring or their moms. As he contemplates the future of the Bass Lake vacations, he is grateful that his kids, most of whom are in college, or have already graduated, continue to fly back each summer. “Bass Lake was selected as an efficient way for me to spend more time with all of the kids,” he says. “But I realized a few years into it, their connections with each other were even more important, which was an awesome and unexpected gift.”

Tim Gullicksen has been with Zephyr Real Estate for 17 years. After graduating from UC Berkeley, he earned his Master’s in education and enjoyed an extensive career as a teacher. Since he began his real estate career, he has been a consistent, award-winning top producer. About that career he says, “I love helping people find a great place to call home.”

“I love working at Zephyr for many reasons, but the fact that they support our communities and families of every kind is really the icing on the cake,” he further commented.