Dinatrum has appointed a New CEO 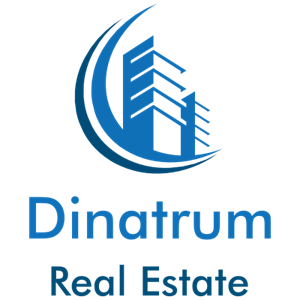 MONTREAL,– Dinatrum/Alumifuel Power Corporation (“Dinatrum” or the “Company”) (OTC Markets: AFPW) – Mr. Pedro Villagran-Garcia, President & CEO, is pleased to announce an Update that he was appointed CEO back in June 2018. A group of important investors have requested the publication of a Special Press Release announcing that he has been holding this position since then. The company filed an 8-K confirming his position.

Mr. Villagran-Garcia is an Entrepreneurial Executive with a proven track record in international business development and operations.  Demonstrated leadership of startup organizations and re-engineering projects in periods of market expansion and contraction. Key role in creation of an international company with market capitalization exceeding $350 million. Fluent in English and Spanish.

Mr. Villagran-Garcia worked in the Tourism Sector during the 90’s when he was retained by Aeromexico’s Commuter Airline as Purchasing Director and then promoted to Airline Revenue Enhancement Director which used UNISYS Software as one of its tools to optimize income.

During those years the company was not profitable, Villagran-Garcia and a group of experienced executives that graduated from Ivy League Schools were part of the team that turned the company financial situation around. Villagran-Garcia was an Astronomy Teacher at age 15 in his Alma Mater.

Villagran-Garcia graduated as an MBA, 1994, and BS, Industrial and Systems Engineering, both from ITESM (Institute of Technology Studies, Monterrey, Mexico).

The Villagran-Garcia Family has been involved in Real Estate for several generations. Their solid positioning in the Real Estate Industry enabled them to enter the Mining Industry and the Title Insurance Sector. Their land reserve has provided the steppingstone to the foundation of this new Corporation.

Specialties: Expertise in strategic planning, property evaluation and acquisition and key negotiations. Superb ability to lead teams and negotiate new business initiatives in complex, multi-cultural environments. Negotiations and acquisitions is one of his fields of expertise. His key roles in project development have been primarily with teams of Canadian and American geologists and engineers.

Financial Affairs
The Company has no plans for a Reverse Split in the foreseeable future. In addition, we would like to state that no Reverse Split will take place in the next 2 years.

Corporate Affairs
The Company’s name change, and new trading symbol will be effective in the Over-The-Counter Marketing when we comply with submitting the necessary paperwork and FINRA has completed its review of the Company’s application to change its name.

On behalf of the Board,

See Campaign: http://www.dinatrum.com
Contact Information:
For further information, please contact the company at 1-514-432-7746 or by email at
info@dinatrum.com