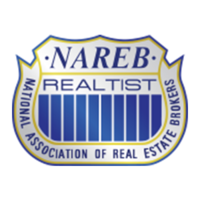 This occasion is a deliberate and concerted response to the Cease & Desist order issued by NAREB’s President, Donnell Williams, to combat, attack, dismantle and transform a critically important national conversation topic: the current desperate state of Black homeownership in the United States.

This, sure to be historic, event is a prelude to the unveiling of NAREB’s 2019 edition of the State of Housing in Black America (SHIBA) report at the 49th gathering of the Congressional Black Caucus Foundation Annual Legislative Conference 2019 (CBCF ALC 2019).  An executive summary of The SHIBA Report will be made available at this event.

The National Association of Real Estate Brokers (NAREB) was formed in 1947 out of a need to secure the right to equal housing opportunities, regardless of race, creed, or color.  Since its inception, NAREB has initiated and promoted meaningful challenges and supported legislative initiatives to ensure fair housing for all Americans.  www.nareb.com.